As the world watches, Putin’s Russia is marching into Ukraine. Additionally, the saber rattling by China over Taiwan is deeply troubling.

We do not take these worldwide events for granted as they have massive potential impact on the world and on American citizens.

Despite these troubling extraordinary international events, we have found some glimmers of good news.

1- Watch this Defending The Republic video on the myths, lies and REAL science behind wearing masks.

Narrated by Sidney Powell, the video breaks down how politics has manipulated all of us at the expense of our health.  This video was done in partnership with John Droz and his team of physicians and science experts.  You can find out more at C19science.info 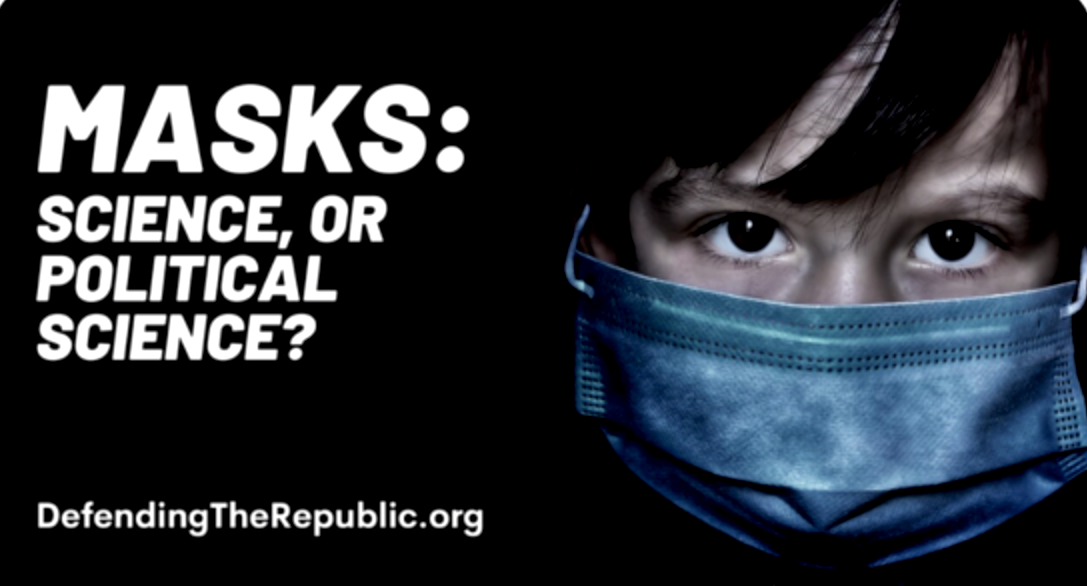 2- Isn’t it interesting that Covid-CCP cases rising gets massive Fake News attention but when cases fall there is silence? Could it be the Fake News depends on the profits they make from ginning up fear?

Easily-Overlooked Good News: The Omicron Wave Is Over, Indoor Mask Mandates Are Ending

QUOTE: It is easily overlooked as the Ukraine crisis overtakes the Omicron wave crisis in the news cycle, but the U.S. is now averaging about 81,000 new cases per day, which is what the average was in late November, when we were just starting to hear about this new variant discovered in South Africa. Cases, hospitalizations, intensive care unit use, and deaths are all down dramatically over the past two weeks. There’s no sign that the BA.2 subvariant is changing the dynamics of the pandemic. Eight days ago, I wrote, “the Omicron wave is just about done.” Now… it’s done.

With the Omicron wave subsiding, there is little justification for restrictions like indoor mask mandates — and just about every state, with Democratic governors and Republican governors, has come to the same conclusion: “Forty-nine states have announced plans to drop their indoor mask mandates as COVID-19 cases and hospitalizations steadily decline across the country. The only holdout remains Hawaii.”

3- Polls of Californians and New Yorkers are always interesting. It seems they are becoming more aligned with the rest of the country….for a change.

QUOTE: Californians’ job approval ratings of both President Joe Biden and Vice President Kamala Harris have declined over the past six months. Voters here are now about evenly divided in their assessments of the job Biden is doing as President, with 47% approving and 48% disapproving. Last summer Biden’s approval ratings in the state were 59% to 37%.

The job ratings that Californians now give to home state Vice President Harris are even lower than the President’s, with 38% rating her performance positively and 46% negatively, down from a 49% to 38% positive assessment last July. . .

In addition, the poll finds that U.S. Senator Dianne Feinstein’s job ratings are now at an all-time low. At present, just 30% of the state’s registered voters approve, while 49% disapprove of her performance in office. A major contributor to Feinstein’s negative standing is that she is falling out of favor among many of the state’s traditionally Democratic voting constituencies. The five-term Senator now receives more negative than positive job ratings from strong liberals, women, voters of color, younger voters, as well as voters in Los Angeles County or the San Francisco Bay Area.

New Yorkers souring on Biden, as poll shows his favorability under 50% in Empire State

QUOTE: President Biden has lost popular support in one of the most solidly blue states in the U.S.

A Siena College poll released Wednesday shows the Biden administration underwater as his approval rating sank below the 50% mark in the state of New York — one of the strongest liberal strongholds in the country.

4- It was disheartening to see the communist tactics used by Trudeau to shut down debate on his draconian polices. But, it looks as though other Canadian politicians stood up to him and told him to cut it out!

Prime Minister Justin Trudeau announced the news Wednesday afternoon, just nine days after the Emergencies Act was invoked on Feb. 14 to end crippling blockades and occupations both in downtown Ottawa and at land border crossings across Canada.

QUOTE: Canada has ordered banks to unlock accounts belonging to people who participated in or supported the weeks-long Freedom Convoy protest that saw near 200 arrests and brutal force response from police. ‘They started [Monday] to unfreeze accounts,’ Isabelle Jacques, a senior official in Canada’s finance department, told lawmakers Tuesday, according to the Wall Street Journal.   The move came after liberal Prime Minister Justin Trudeau’s government froze bank accounts and other assets during what leaders declared an ’emergency period’ in Ottawa.

5- We always love seeing when a Democrat wakes up to the reality of the current state of their party.

South Carolina Dem defects to run as a Republican: ‘It became apparent that I am not a Democrat’

QUOTE: The last elected Democrat in Dorchester County, South Carolina, County Councilwoman Harriet Holman, defected to the Republican Party on Monday, stating that it had become apparent that she was not a Democrat due to her conservative views. The retired U.S. Army Lieutenant Colonel is pro-life, pro-capitalism, and supports the police and points out that she has always stood for many of the same principles reflected in the Republican platform.

“It wasn’t an easy decision. I talked to family. I talked to friends. I talked to some of my constituents. And a lot of my family members are really Republicans as well. So, was not too hard of a transition at all. And now that I’ve done it, I am very much at ease with it. Very much happy with my decision and I’m enjoying being a Republican for the last 24 hours,” she added. “It became apparent that I am not a Democrat,” said Holman on Monday. “Nationally, the Democratic Party does not represent who I am.”

6- We know it never seems like we are winning but, Stacey Matthews makes a good points here. This is what has been showing up in polling for months now.

Stacey Matthews North State Journal
In the Culture Wars, the GOP Now Has the Advantage

QUOTE: One topic that is frequently discussed in Republican circles is how we can gain the upper hand in the ongoing culture wars.

Up until a couple of years ago, it felt like the GOP was losing on a number of fronts. Thanks to coordinated efforts between Democrats, the media, Hollywood, and, of course, activist judges on the left, we were losing ground on issues related to gender identity politics, defunding the police, cancel culture, and the teaching of Critical Race Theory in public school classrooms.

But thanks to a combination of factors — including the more radical elements of the Democratic party and a fine-tuned Republican messaging strategy — things are changing to the point that the GOP now has the advantage.

We saw this first play out during the 2020 presidential election. House Democrats took a drubbing, losing 13 seats. Even though they maintained their majority, it was a very slim one compared to the one Speaker Nancy Pelosi (D-Calif.) started with before the election.

The culprit? Their embrace of the Defund the Police movement during the Antifa/Black Lives Matter-led protests that took place over the summer in response to the officer-involved death of Minneapolis resident George Floyd.

QUOTE: Per a recent Politico article, the Democratic Congressional Campaign Committee is keenly aware of the issues they face going into the fall elections, and they have warned House Democrats that the “GOP’s ‘alarmingly potent’ culture war attacks” are poised to inflict more damage if Democrats can’t formulate a coherent response to them.

Unless they can figure out how to keep the AOCs and Cori Bushes of their party quiet, not to mention limit Joe Biden’s public appearances, no amount of slick messaging is going to change what is expected to happen to Democrats come November.

As the news becomes more and more feverish and shocking, keep in your mind that so-called news is designed to make you feel helpless, alone and fearful. And worse, it is to designed to prevent you from thinking independently and rationally.  We all can fall victim to it.
If you become overwhelmed, take a break. Pray. Read a mystery. Plant a flower. Go fishing. Play with your children. Take a walk. Call an old friend.  Drive in the country. Clean out a cupboard. Turn it all off for a while.
Pray for people caught in political warfare. Pray for leaders to make reasoned and wise decisions. Pray for healing of all those hurt by the Covid shots. 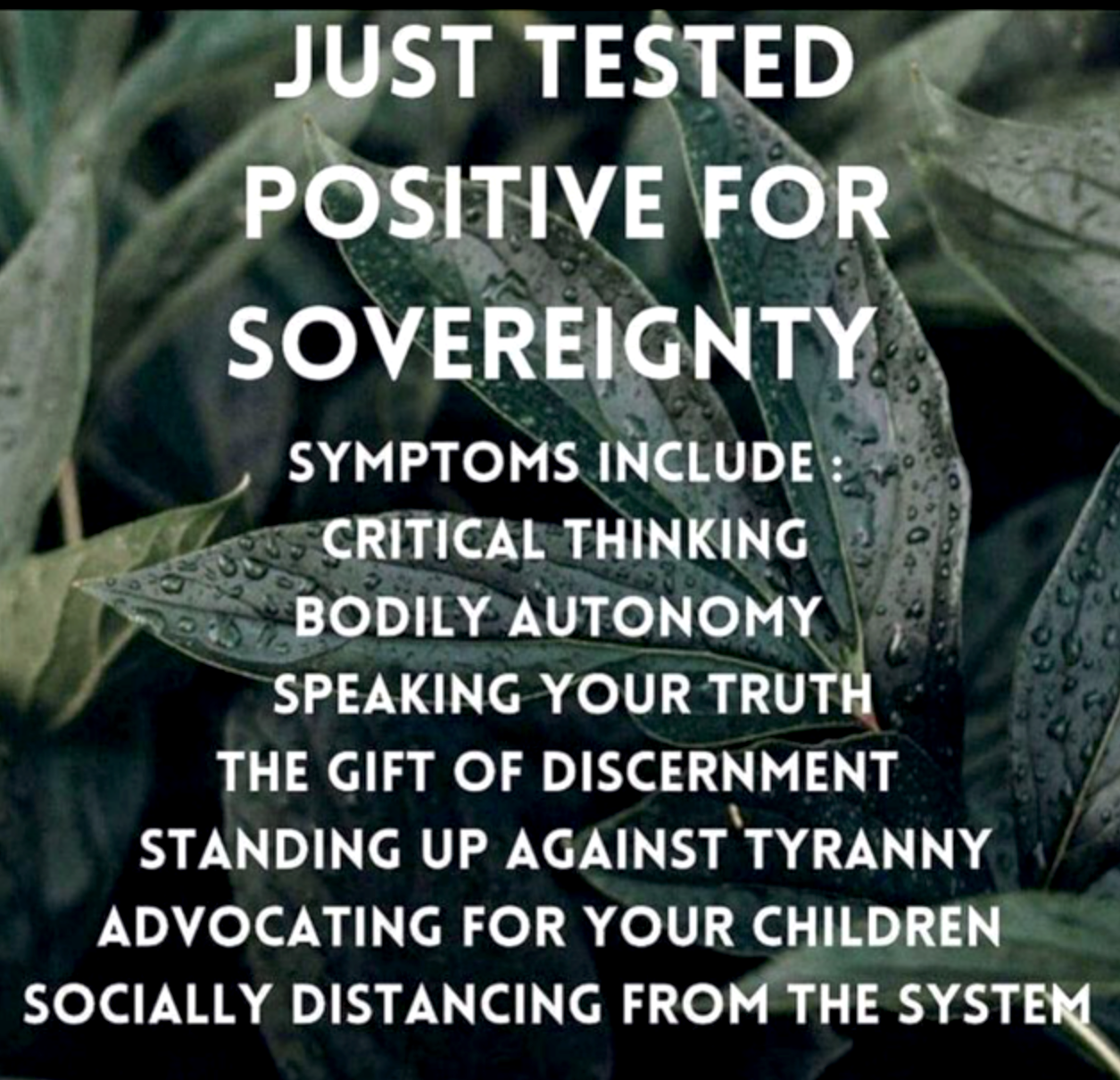