Sidney Powell has penned an in-depth and documented history of how Democrats claimed voting machines were used to cheat as far back as the 2004 GW Bush election, using the Democrats own words.

Jan6 Committee Democrats argued vehemently to protect rights of their lawyers to sue to overturn a presidential election based on vote flipping, secret computer code, and electronic fraud by a third person accessing the machine from anywhere in the world.

We must jettison the use of all voting machines in order to secure free elections.

Our elections simply cannot be about who cheats the best. What if the Democrats were right about Ohio in 2004?

Was Bush elected in Ohio by tactics that have now been perfected and used in multiple states? Who else was?

How long has it been since the American people really elected their president—or other officials?

How deeply and widely has the machine fraud infected elections at every level of our Republic and the states?

Until we get paper ballots, hand-counted, and citizen voter identification, we delude ourselves by thinking we have a Republic or that “we the people” are electing our leaders.

We can fix this if we unite immediately to demand this simple and far less expensive means of electing our government. No one should be opposed to an honest and transparent election process.

Americans are entitled to it, and our elected officials who live in glass houses should not be throwing rocks.

1- For the full story and all the documents click to the Defending The Republic website.  There is No Paywall.  There is no Charge.  The website format is simply easier to read for this article by Sidney.

Sidney Powell at Defending The Republic

PEOPLE WHO LIVE IN GLASS HOUSES SHOULD NOT THROW ROCKS

Democrats alleged votes changed by a secret code and electronic access to voting machines from anywhere in the world!

It was the Democrats who first claimed vote tallies were manipulated, flipped, and instructed by secret code in voting machines and that the presidential election should be overturned.

The double-standard in play here has reached a whole new level.

As you know, the 2021 Democrat-controlled Congress has interviewed more than 1000 people, spent months, taken hundreds of depositions, held professionally produced-for-television “hearings,” and spent untold millions of tax dollars—impugning or harassing anyone who had the audacity to allege the 2020 election was stolen by fraud—some even blaming lawyers who filed lawsuits—for fomenting the violence that occurred in the Capitol on January 6, 2021.

Substantial digging has uncovered that it was the Democrats, including Democrats still in key roles on the January 6 Committee who first ever made—or supported lawyers who made—the very same allegations for which they attack us now.

The election of George W. Bush in Ohio in 2004 was a microcosm of 2020. The Democrats screamed about computer fraud, and based primarily on the difference in exit polls versus the votes counted, their lawyers filed a lawsuit which alleged, inter alia:

• George W. Bush, Dick Cheney, Karl Rove, Ken Blackwell and others “participated personally and/or substantially ‘in devising and/or implementing [a] pattern of vote fraud and discrimination * * * which operated to deprive numerous Ohio citizens of their constitutional and statutory rights.” They had a “plan to steal the election.” Petition at 15, 28.

• The legitimate result was changed to a fraudulent result by “gaining physical or electronic access to the tabulating machines and systems” such as by modem,” Id. at 30.

• The “confederate of [the Republicans] who was actually changing the vote totals did not need access to the computer. Electronic access can be obtained from almost anywhere in the world. . .” Id. at 30-31.

• Fraudulent acts included “erasing or falsifying the electronic audit trail which could show access to the computer and the spreadsheet.” Id. at 31.

• A second means of changing the result included “by inserting unauthorized and so far undetected operating instructions into the software” used in connection with voting machines,” and,

• “[S]ome or all of the unauthorized operating instructions were pre-set to delete themselves a given amount of time after the election.” 1 Id. at 31.

Then they requested votes be added to Kerry-Edwards and that the electors for Kerry-Edwards be certified instead of those for Bush, as seen in the screenshot below. Id. at 35.

Republicans derided anyone who expressed doubts about Bush’s victory as nut cases in “tinfoil   hats,” while the national media, with few exceptions, did little to question the validity of the election. The Washington Post immediately dismissed allegations of fraud as “conspiracy theories,” . . . and The New  York  Times  declared  that  “there is no evidence of vote theft or errors on a large scale.”

Those mantras sound familiar, don’t they?

2- Sidney gave a wide ranging interview recently with Debbie Georgatos on her show, America, Can We Talk?

Sidney In Her Own Words

It is packed with information and, most important THE TRUTH. 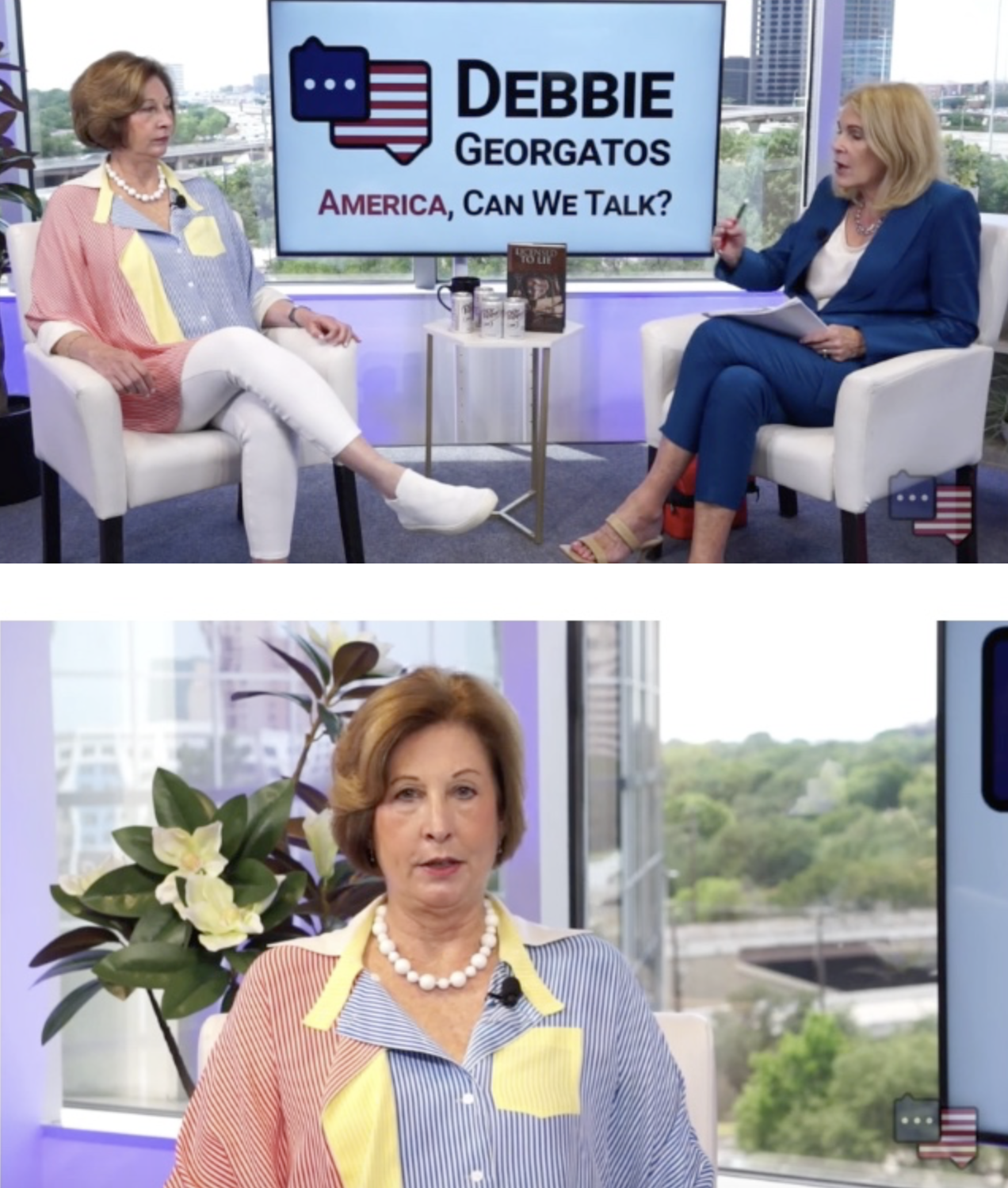