Hands OFF Our Children

This week, we are suggesting that you fight for our children … and grandchildren. It is shocking how the left is targeting the indoctrination and corruption of our country’s greatest resource.

From conception to young adults, our children are at risk every day from media, technology, schools, groomers, doctors and much more.

Consider how you might help the children in your lives this week.

1- We all have to fight for our children.
The Federalist

QUOTE: Once again, children have become objects unworthy of life, protection, or tutelage. What kind of society does this to children?

Americans who would sacrifice anything to protect their children may be surprised to learn that their inclination is a rather modern phenomenon. For most of human history, the most dangerous period of any person’s life was childhood. Only if a newborn survived the first decade of disease, warfare, hunger, and all the other mundane threats to ordinary human existence would the survivor gain any type of social recognition.

O.M. Bakke explores this reality in his book, “When Children Became People: The Birth of Childhood in Early Christianity.” Before the spread of Christianity transformed prevailing cultural beliefs, children had no legal standing in the pagan societies of the Roman Empire and elsewhere.

In human history, it has been normal for unwanted babies to be aborted, smothered, or abandoned to wildlife. Parents could beat or kill their children at will. Children were routinely sold into slavery. And it was quite ordinary for adults to use low-class or enslaved children as sexual playthings.

Christianity revolutionized the way Western society thought of children. They gained recognition, inherent value, and special focus. Rather than seen as burdens not worthy of consideration until they could contribute to a family’s survival, children became blessings deserving of protection, education, and guidance. As Bakke concludes of this momentous change in Western history: children became people.

Today, we sadly are witnessing the reverse of this civilizational achievement. Once again, children have become objects unworthy of life, protection, or tutelage.

Their mere right to exist is balanced against a mother’s right to convenience. Their childhoods have become sexualized. Their education has been abandoned and replaced with regimens of indoctrination that make them easy targets for governments, corporations, and predators to exploit.

Right before our eyes, those with power are stripping American children of their personhood. Here are five ways I see this clearly happening in our society right now.

2- You can buy these signs and put them up next to school board candidates in your area. 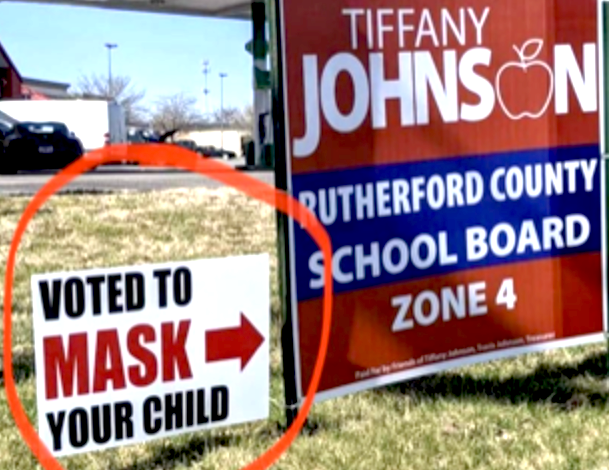 QUOTE: An anti-mandate Florida group is targeting school board members running for re-election who voted to forcibly mask children.

The Republican National Hispanic Assembly of Florida is placing signs that read “Voted to mask your child” next to the campaign signs of school board candidates, issuing a warning on social media.

“Just a heads up for those running for School Board in the State of Florida,” the group wrote on Twitter. “If you voted to mask our kids we are putting these signs right next to your political signs so that parents can make their informed decisions!”

The Hispanic-American group included a link for those who want to purchase signs.

3- Please urge the children in your lives not to get any injections that are billed to be for Covid-CCP. The children more than likely have natural immunity. Do not let them be forced into a medical experiment.

The Triumph of Natural Immunity

QUOTE: We know that natural immunity after covid recovery provides excellent protection against future infections, and while covid will be with us for the rest of our lives, it will be something that our immune system will cope with in the way it is handling the other four widely circulating coronaviruses.

It means that we are now transitioning from the pandemic stage to the endemic stage, and we will eventually reach herd immunity, the end point of every pandemic no matter what strategy is used.

Given these numbers, why are the CDC, the FDA and the government pushing hard for all children to get vaccinated against covid? Why are some schools and universities mandating covid vaccines for children and young adults? The majority already have superior natural immunity.

The CDC, the FDA, schools, and universities are pushing covid vaccines without having shown any benefit to the majority of children who have already had covid. It is stunning how these institutions have abandoned 2,500 years of knowledge about natural immunity. For the minority of children without a prior covid infection, the RCTs only show a short-term reduction in mild disease.

The CDC could instead focus on catching up with regular childhood vaccines for measles, polio, and other serious childhood diseases. Those vaccinations were severely disrupted during lockdowns, and we now see an increase in measles and polio worldwide. Yet more collateral damage from two years of disastrous public health policy.

The medical establishment used to push for evidence-based medicine as a counterweight to “alternative medicine.” It is tragic how that philosophy has now been thrown out the window. If Pfizer and Moderna want these vaccines to be given to children, they should first conduct a randomized controlled trial that shows that they reduce hospitalization and all-cause mortality. They failed to do so for adults. They should not get away with that for our children.

4- Learn about Social Emotional Learning (SEL)and spread the word so we can stop this from being part of school curriculum.

QUOTE: As first implemented, SEL was purely therapeutic in nature. It took a very dark turn, however, in 2020 when CASEL announced an ideological shift to “Transformative SEL,” which calls for students to “critically examine root causes of inequity.” According to CASEL, the concept of transformative SEL is a “means to better articulate the potential of SEL to mitigate the educational, social, and economic inequities that derive from the interrelated legacies of racialized cultural oppression in the United States and globally.”

Slicing through the verbiage, it boils down to the fact that, SEL has become the therapeutic wing of the noxious Critical Race Theory. So now, kids are being radicalized and taught to feel good about it!

And of course, while kids are spending loads of time learning about power, privilege, prejudice, discrimination, and social justice, they are not learning about things their parents actually send them to school for like English, math, science and history.

Not surprisingly, SEL is big business. A report from the Bill & Melinda Gates Foundation and CASEL discloses that sales of SEL materials grew approximately 45% from $530 million to $765 million between November 2019 and April 2021. One of the benefactors of this horrible use of taxpayer money is none other than Panorama Education, co-founded by U.S. Attorney General Merrick Garland’s son-in-law.

Yes, the same Merrick Garland who, in October 2021, tried to create an anti-parent frenzy when he issued a directive to the FBI, hysterically claiming, “In recent months, there has been a disturbing spike in harassment, intimidation, and threats of violence against school administrators, board members, teachers, and staff who participate in the vital work of running our nation’s public schools.”

The war is on, and being a spectator is not an option.

The laws established Election Crimes and Security and worked to strengthen voting rules in the state. This includes signature verification on mail-in ballots.

The court also dealt a massive blow to the lower court’s claim that the law was attempting to suppress the black vote.

Florida is showing the way to victory! 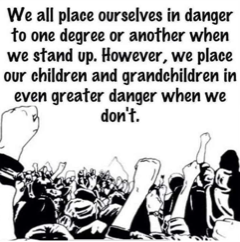