The Republicans have managed to salvage enough seats in the US Congress to gain power, not by much but enough.

Republican members wasted no time in announcing various investigations into Hunter Biden, his father, Fauci, and much of the Biden Regime.

This is all good news!

1- As we have been saying for two years, Fauci and all surrounding him need to have the curtain pulled back so the world can see the massive cover up and corruptions.

QUOTE: The top Republican House investigator says his team has uncovered evidence suggesting federal health officials used grant dollars to keep private scientists on script and have them deny COVID-19 originated with a lab accident despite scientific evidence to the contrary.

Rep. James Comer (R-Ky.), the likely chairman of the House Oversight Committee if the GOP wins control of the House, told Just the News on Monday night that his investigators have evidence showing that even though Dr. Anthony Fauci was warned the virus likely originated from a lab leak in Wuhan, China, he constructed, with the aid of federally funded private scientists, a counternarrative that COVID-19 evolved naturally from animals.

“Everyone in the medical community backed up Dr. Fauci, and what we now know is they were receiving a lot of grant dollars,” Comer said Monday during a wide-ranging interview on the “Just the News, No Noise” television show.

Comer said his investigators have obtained documents showing that on Feb. 1, 2020 Fauci and his boss, NIH Director Dr. Francis Collins, and at least eleven other scientists convened a conference call to discuss COVID-19. On that call, Fauci and Collins were first warned that COVID-19 may have leaked from the Wuhan Institute of Virology and may have been intentionally genetically manipulated.

Four days earlier, Comer said, Fauci was alerted that his own National Institute of Allergy and Infectious Diseases had funded an American research firm known as EcoHealth Alliance, that the Wuhan Institute of Virology in China was a subgrantee of EcoHealth, and EcoHealth was not in compliance with its grant reporting, in particular a grant that NIAID knew had gain-of-function potential on novel bat coronaviruses.

“We uncovered the emails that showed Dr. Fauci’s earliest advisers said that this is obviously a lab leak, and this has to be man-made,” the Kentucky Republican added. “We also showed where Dr. Fauci and Dr. Collins at the NIH were talking about trying to spin the lab leak theory, that they were really concerned about the optics of that. What we learned is how much slush money the NIH had to award in the form of grants to these advisers.”

Comer said he fears the complicity of the private scientists helped Fauci seize a narrative to justify massive health lockdowns and thwart an earlier investigation of what role a U.S.-funded lab in Wuhan, China played in the pandemic.

“So you have someone like Dr. Fauci that had complete control over the entire pandemic,” he said. “And his advisers and all these medical experts were signing on to everything, essentially giving him a blank check to say whatever he wanted to say, to shut down whatever industry he wanted to shut down, to make our kids have to go virtual instead of in person. And the whole time they were receiving grants from Dr. Collins and Dr. Fauci.”

NIH did not immediately respond to a request for comment Monday night. Fauci long shut down the possibility of a lab leak, but U.S. intelligence has since said a lab accident is a likely source of the virus. And Fauci recently told Congress he’s keeping an open mind that he was wrong.

Comer laid out a wide-ranging investigative agenda for the committee if he becomes chairman, saying he was committed to finding way to end the waste of tax dollars, especially in the areas of research science and COVID relief aid, which some estimates show may have lost $400 billion to fraud and waste.

“In the name of COVID, Congress has lost its mind over the past three years,” he said. “The trillions of dollars that have been wasted is mind-boggling.”

Comer said his committee would be empowered under GOP rules so that he, as chairman, could unilaterally issue subpoenas to compel documents and testimony without having to get a committee vote, where Democrats and recalcitrant Republicans could block investigations.

“I don’t have to get permission from anyone to issue a subpoena,” he explained. “I take that responsibility greatly. I’m not going to abuse that, because I think it’s been abused in the past. But we are going to get some accountability for the taxpayers and the American people in this administration. We’re going to do it on day one in January.”

2- Joe Biden thinks this is a joke. We will see who laughs last.

QUOTE: House Republicans announced on Thursday that they will investigate serial liar and crook Joe Biden.

Rep. Jame Comer (Oversight Committee Ranking Member): We’re releasing a report today that details what we’ve uncovered. We’re also sending letters to Biden Administration officials and Biden family associates renewing our request for voluntary production of documents relevant to this investigation. This is an investigation of Joe Biden. And why he lied to the American people about knowledge and participation in his family’s international business schemes.

Joe Biden told reporters this week an investigation into his family is “almost comedy.”

3- Representative Jim Jordan lays out the suppression conspiracy surrounding the Hunter Biden laptop. This is worth watching!

4- On top of the new Congressional investigations, there are also independent investigations into the horrible Covide-CCP injection. The more digging into this world-wide cabal of deceit the better.

QUOTE: Judicial Watch says it wants to know why the Biden administration is hiding information about the safety of Covid vaccines– vaccines the government has aggressively promoted and even mandated.

Public health agencies continually state that the Covid vaccines are safe and effective, yet the agencies and vaccine makers have not released important information that would substantiate the claims. In fact, most of the data that’s been made public is the result of Freedom of Information Act (FOIA) lawsuits by watchdog groups, non-profit organizations, and independent scientists.

Judicial Watch has filed a new lawsuit for information after the National Institutes of Allergies and Infectious Diseases (a component of HHS) inadequately responded to a June 1, 2022

5- So many were hurt by the horrible decision making of leaders during Covid-CCP. It is great to see these referees fighting back against the NBA.

The lawsuit alleges the “jab or job ultimatum” instituted by the league for the 2021-2022 season — and which was not applicable to players — led to their suspensions for that season.

Then, despite the NBA’s decision to rescind the mandate for the 2022-2023 season, the league fired them.

The plaintiffs are requesting a jury trial, compensatory damages and punitive damages for front and back pay, emotional pain and suffering, reputational damage and attorneys’ fees.

Meanwhile, one prominent athlete who was barred from several high-profile competitions this year due to his unvaccinated status reportedly will be allowed to compete in next year’s edition of one such competition.

Serbian tennis star Novak Djokovic, who previously held the world’s No. 1 ranking, was barred for three years from entering Australia just prior to the 2022 Australian Open because he refused to get the COVID-19 vaccine.

6- When you take an iconic American company and infest it with people pushing the sexualization and grooming of very young children, there must be consequences. This is a good start.

QUOTE: The Walt Disney Company saw the worst stock price loss since 2001 on Friday. The company has been struggling and suffering losses with its Disney+ streaming service and courted serious controversy and withering criticism from the Star Wars and Marvel fanbases for terrible creative decisions.

The corporate officers of Disney have assured their anxious investors that an upcoming price increase, amidst a recession and an inflationary crisis that is crushing entertainment budgets, and an ‘ad-tier’ that offers limited content with advertising will stop the financial bleeding according to Axios.

As reported by Breitbart however, this would not be the case. Disney’s stock would plunge a further 13 percent on Nov. 9, contributing to the overall loss of 44 percent year to date. 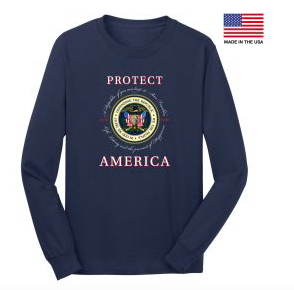