If you are paying attention, there is more information on the cheating, fraud and deception perpetuated by the left to win elections.  Frankly, it is a wonder that any Republican ever wins an election!

It is wonderful to know that, way under the radar, there are many determined people trying to fix this election mess.

Today we send you a few stories about election fraud.

1- Check out this trailer on the new movie from Dinesh D’Souza. We have known this happened for a year but Dinesh will have video evidence of Democrat voter fraud. There was an organized and well-financed fraud ring that dumped fake ballots into the Zuckerberg drop boxes. All of these fake ballots were counted.

At the end of the shocking trailer, D’Souza declares: Game over.

QUOTE from trailer:  “We tracked 2,000 mules making multiple ballot drops. Leaving no fingerprints. Snapping photos to get paid. A coordinated ring of illegal vote harvesting in all the key states where the election was decided.” 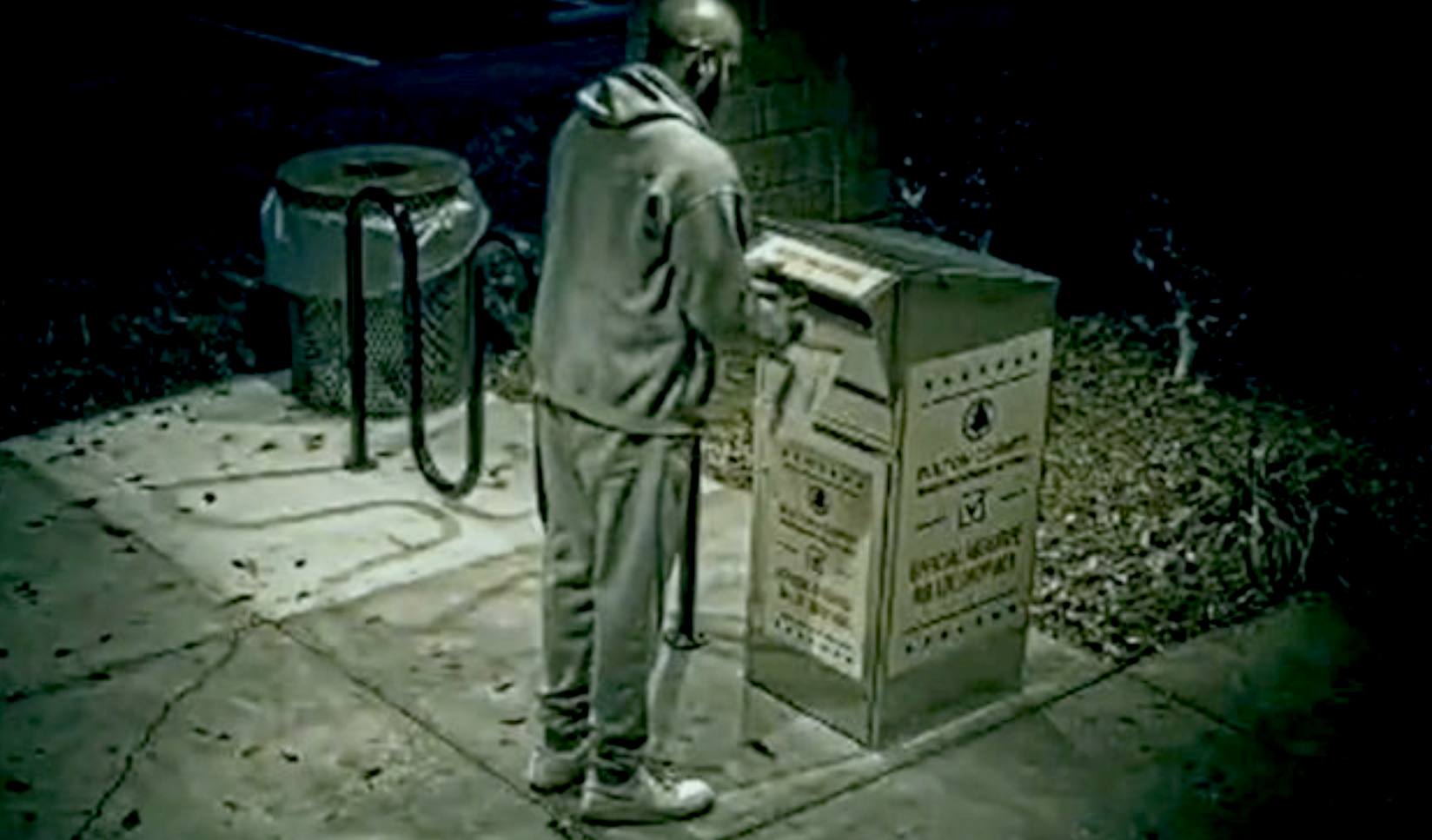 2- When you think of vote fraud, Texas may not be the first state that comes to mind. A group of 100 citizens of Tarrant County (Fort Worth) have done an incredible presentation on the cheating that occurred in their area. This should be a blue print for every county in the USA.

Note from Sidney:  Every concerned citizen must rise up now, bird-dog their county commissioners and election officials and demand paper ballots, hand-counted and citizen voter identification.  We will not have an election we can trust until we have those three things.  Our elections must be completely transparent.  The rule of law depends upon it–indeed, the Republic depends on it.

Election fraud in one county effects every citizen in our country. We hold our elected officials accountable through our voice and vote.

Go here to watch the video.

3- We talk about the hundreds of ways the Democrats cheat to win elections. Here is one more.

Please note that the Dominion at the center of this story is not the company with the voting machines, but Dominion Energy in Virginia.

Yes, the public utility Virginians pay to provide their energy, entered into an arrangement with a left wing political pac and funded it to run a smear campaign on the current Governor Youngkin.

QUOTE: In a letter to Robert Spilman, Jr., the Lead Independent Director serving on Dominion Energy’s board, the National Legal and Policy Center asked for an investigation of the company’s intervention in the 2021 Virginia gubernatorial election “through a ‘false flag’ political advertising campaign sponsored by the so-called Accountability Virginia PAC.”
Spilman is Chairman, President and Chief Executive Officer of Bassett Furniture Industries, Inc., a furniture manufacturer and distributor.

According to Paul Chesser, the director of NLPC’s Corporate Integrity Project, “Dominion has yet to come clean on its role in the advertising campaign directed against now-Governor Glenn Youngkin. It is time for an investigation by the board of directors into management’s role in this fiasco. Dominion cannot be a good corporate citizen while at the same time sponsoring dirty tricks and debasing Virginia’s political system. Shareholders are entitled to the facts about what actually happened.”

QUOTE from the letter: We believe this is matter of great concern to shareholders, as well as to millions of Virginians who are electricity customers of a government-regulated monopoly. Moreover, the controversy may seriously diminish Dominion’s influence in the future, as bipartisan-sponsored legislation has been proposed to permanently ban all Dominion political donations.

4- It is good to see that not all judges will dismiss these issues.  This Dominion IS the voting machine company.

What We’ve Been Waiting For: Judge May Release Bombshell Report on Dominion Voting Machines in Georgia

QUOTE: A federal judge is being urged to release a report that, despite the secrecy surrounding it, appears to indicate there are potential flaws in the Dominion Voting Systems’ equipment used in Georgia.

“The public deserves to know the context of J. Alex Halderman’s claims and his testimony regarding the 2020 election,” Georgia Secretary of State Brad Raffensperger said last week in calling for the document to be released, the Washington Examiner reported.

“Georgia voters face an extreme risk that [ballot marking device]-based attacks could manipulate their individual votes and alter election outcomes,” Halderman, a University of Michigan computer science professor, said about the report last year, according to the Daily Beast.

In its reporting, the Atlanta Journal-Constitution has indicated that the report, completed last year, describes how someone could hack the system to change votes, without saying whether or not this was ever accomplished.

Halderman — exploring the world of possibilities — said malicious software could be installed on voting touchscreens to change votes from one candidate to another. Votes could also be altered through QR codes used by scanners, he said, without indicating that this had been done.

The report is part of a lawsuit that seeks to change Georgia’s system for voting. More importantly, it is a piece of the wider discussion about potential election fraud in the 2020 presidential election.

5- He loved them until he hated them. It is hard to keep up with a flip-flopping leftist.

QUOTE: Canadian Prime Minister Justin Trudeau once heralded truck drivers for their work during the pandemic before slamming those same truckers for allegedly spewing “hateful rhetoric” during their “Freedom Convoy” protest against a vaccine mandate.

“While many of us are working from home, there are others who aren’t able to do that – like the truck drivers who are working day and night to make sure our shelves are stocked. So when you can, please #ThankATrucker for everything they’re doing and help them however you can,” Trudeau tweeted on March 31, 2020.

Nearly two years later, Trudeau is slamming the same truck drivers as they protest the federal government’s vaccine mandates for cross-border truckers. Trudeau addressed the nation Monday afternoon and accused the truckers and other protesters of spewing “hateful rhetoric,” expressing “violence toward fellow citizens” and being “an insult to memory and truth.”

6- Yes, we knew this but now the science backs it up. Government lockdowns only HURT. They did not protect anyone!

The government’s response to the virus continues to be shockingly inept.

Lockdowns Had ‘Little to No Public Health Effect,’ Analysis of 24 Studies Concludes

QUOTE: Lockdown measures used by governments worldwide to reduce the death toll from COVID-19 had little or no effect on mortality, according to three researchers who analyzed 24 studies.

The researchers, led by Steve Hanke, the co-founder of The Johns Hopkins Institute for Applied Economics, Global Health, and the Study of Business Enterprise, screened 18,590 studies to select the 24 papers used for the final analysis.

“While this meta-analysis concludes that lockdowns have had little to no public health effects, they have imposed enormous economic and social costs where they have been adopted,” the researchers wrote.”In consequence, lockdown policies are ill-founded and should be rejected as a pandemic policy instrument.”

Defending The Republic In Battle

Defending the Republic has filed suit in the Southern District of Texas, asking a federal court to strike down the Biden Administration’s federal contractor COVID-19 vaccine mandate. This mandate, which requires COVID-19 vaccination for any employee of a federal contractor, is estimated to cover over 10 million Americans. It punishes the workers who helped this country through the COVID-19 pandemic, requiring them to get an experimental shot – a jab that has limited efficacy and the potential for life-altering injuries, including death – or lose their jobs.

The federal contractor vaccine mandate is just one of the ways the Biden Administration has sought to illegally require the vaccination of hundreds of millions of Americans. Defending the Republic helped fight against the OSHA COVID-19 vaccine mandate by filing an amicus brief to the Supreme Court. We are currently fighting the Department of Defense vaccine mandate in federal courts in Florida. And now we are helping defend workers who are exercising their natural and constitutional rights to refuse unwanted, unnecessary, and unproven medical treatments.